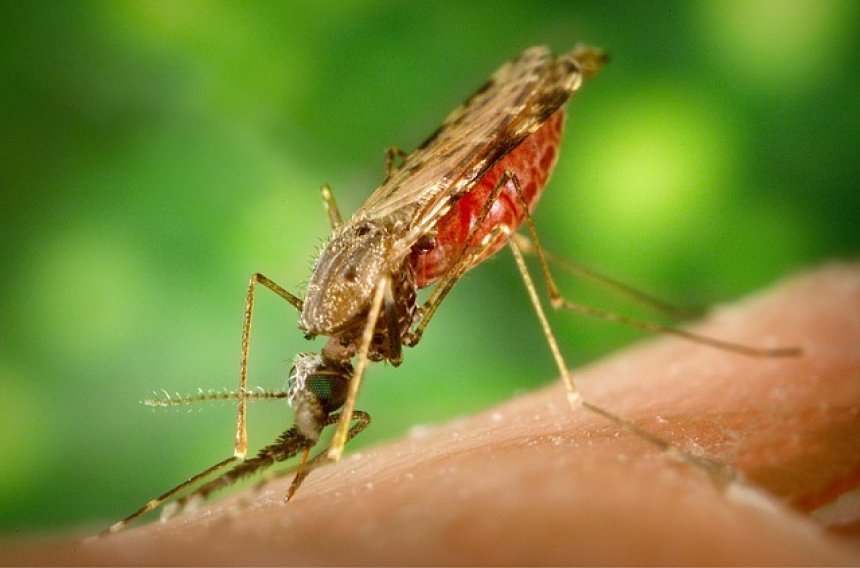 Everyone's first thought about mosquitoes is that they are annoying, and that all they do is pester for a taste of your blood. However, do you actually know much about what mosquitoes are capable of besides a painful little sting and some itchiness? You would be surprised to find out that mosquitoes are one of the most dangerous creatures that roam the earth. It is incredible what effects this small flying insect is capable of unleashing on human beings. While a great white shark or a poisonous snake can kill you instantly, your chances of running into them are very small. The chances of being bitten by a disease infected mosquito are significantly higher, as mosquitoes live in just about every corner of the human populated areas of the earth.

Female mosquitoes feed on the blood of humans and other animals at a rate of up to 0.01 milliliter per feeding, so it would take trillions of them to suck up all of your blood if that were possible. The real danger of mosquitoes lies within the fatal diseases they can transmit to the other animals and humans they bite. Diseases carried by mosquitoes spread quickly across geographical locations because typical mosquitoes can fly up to 7 miles from its original breeding location and reproduce there. Some breeds of mosquitoes have been known to fly up to around 100 miles from their original breeding site, so it's easy to see how a location can become saturated with disease infected mosquitoes quickly. This is why it is extremely important to hire a professional and reliable pest control service provider like Stokes Mosquito and Outdoor Pest Service to do routine mosquito spraying.

Here at Stokes Mosquito, we have compiled important information about some of the most common mosquito-transmitted diseases in the United States to help you gain a better understanding of the risk that mosquitoes pose to you and your family.

West Nile Virus is the most prominent mosquito transmitted disease in the United States as of the year 2016. 2,150 cases of West Nile were formally reported to the CDC- Center For Disease Control and Prevention in 2016, and 70 percent of those cases required hospitalization. 106 deaths were attributed to West Nile in the US in the year of 2016 which means West Nile was fatal in 1 out of every 200 people infected, and 2 out of every 25 people that were hospitalized died of the disease. West Nile is carried by birds and mosquitoes alike and often begins with little to no symptoms in humans. When symptoms do appear, they are flu-like and mimic the same symptoms of numerous other diseases, which is why the reported statistics are most likely lower than the actual number of West Nile cases. West Nile reproduces in the bloodstream where it is taken to the brain and starts to have negative effects on the nervous system. It can also cause dangerous inflammation conditions such as meningitis and encephalitis. The only way to treat West Nile is to treat the symptoms it is causing while the human body works to fight it off.

Dating as far back as 1700 BC, Malaria is still very present in our world today, infecting around 300 to 500 million people every year. This can be a fatal disease, however, usually severe illness and fatalities due to it can be prevented. Annually around 1,500 cases are reported to the CDC- Center For Disease Control, and out of those only about 5 of them are fatal. Occasional outbreaks in the United States do happen, but aggressive measures to prevent mosquitoes from breeding and spreading the disease typically keep the outbreaks local. Unlike the other diseases that can be spread through the bites of mosquitoes, there are medications approved in the United States to treat cases of this disease.

Zika Virus is a relatively new headline in regards to mosquito transmitted disease in recent years. It has not been reported to have any locally transmitted cases within the continental area of the United States, it is highly present in other US territories and South America. The 426 cases that were reported in the United States were caused by travel to areas where the disease is more prevalent. Because the virus does not present with severe symptoms in most cases of healthy individuals, it is most likely under-reported in the United States as it usually does not require any medical treatment. The virus is, however, very dangerous for pregnant women, as it can cause fatal congenital neurological defects in newborns if the mother contracts the virus while the baby is in utero. Similar to West Nile and other diseases, this virus also has no cure or treatment other than treating the symptoms until your body can fight it off.

Another pathogen that can be transmitted via mosquito bites, Chikungunya is of the lesser known viruses that are present in the United States. There have been 497 cases related to individuals who traveled to disease saturated areas reported in the US. Several locally transmitted cases have been reported in Florida and may have spread to the other Caribbean bordering states. It is not usually a disease that causes death in those infected, however, it does cause weeks of excruciating joint pain that can be very debilitating and requires strong painkillers to manage. Currently, no vaccine is in place to prevent this virus, and there is no treatment for the virus itself aside from pain management and bed rest.

Luckily, as a home and or business owner, you can take certain precautions for mosquito control to protect your family members, pets, and community from becoming mosquito bit transmitted illness statistics. By hiring professionals like Stokes Pest Control to implement a good pest control management program that includes mosquito spraying for population control and removal of breeding areas, you can reduce your chances of running into the dangers of mosquitoes. Here at Stokes Mosquito, we are the most knowledgeable and experienced Augusta mosquito control and Aiken mosquito control team out there, and we specialize in mosquito prevention. Our Stokes Pest Control team know exactly how and what it takes to get the job done and keep your home safe by providing quality mosquito control measures.